Knight KSHCA Overhead Carriage Mounted and KSHFA Floor Mounted Articulating Servo Arms are Intelligent Assist Devices (IAD) that enable an operator to reach outside the area directly below a rail system and to precisely locate or float a load in the “Z” direction (vertical axis) with speed and reliability. The Articulating Servo Arms allow for an overhead and floor-mounted varied reach within a work cell or station.

When Selecting a Knight Servo Control System there are many factors to determine before selecting the appropriate configuration. To assist in determining the correct configuration for your application you will need to Print, Fill-out and Submit the configuration sheet below to Knight’s Estimating Department. If you need any assistance or need more information, Contact our Servo Department. 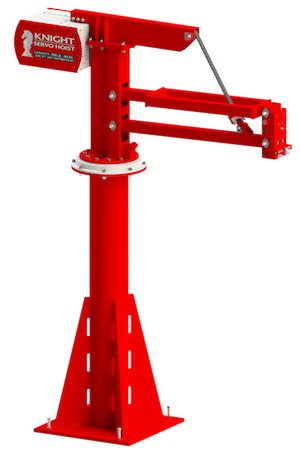