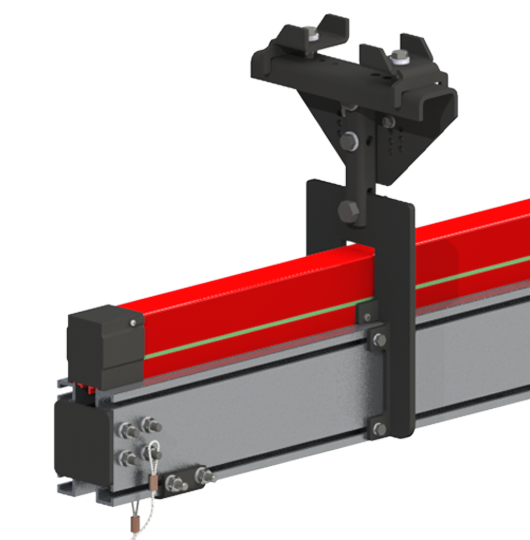 Electrified Rail Systems are a complete power supply suspension system that can be used in combination with a Knight Servo System, VFD tractors, power tools, and other electrical devices.

The ERAD Series is a fully enclosed electrical system that eliminates the stack-up of runway festooning. The power travels through a conductor power rail (ERail), mounted on top of Knight’s ERAD4000, ERAD6000, or ERAD7000 ergonomically friendly aluminum rail. The standard ERail is equipped with (4) four poles, nominal current 60 amp, 240/480V which can run multiple systems on (1) one rail assembly. 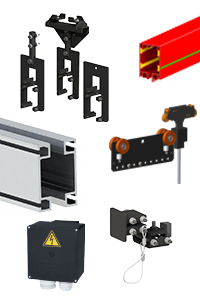 Available in 4 poles with a nominal current of 60 A. Optional 5, 6, and 7 poles available upon request.

Travels inside of the ERail and is combined with the Knight load trolley. Copper graphite shoes are used for energy and control voltages over 35 V.

Combined with Knight’s load trolleys, provides the most ergonomically friendly rail system. Rail comes in lengths up to 25ft [9.1m] without a splice. Capacities up to 3,000 lbs. [1,360 kg].

Knight adjustable hangers and End Trucks support both the Load Rail and ERail. Hangers have the ability to mount to I-Beams, C-Channels, Angle Iron, and many others.

Attaches to the end of the ERail Series Rail. The Redundant End Cap is primarily used to prevent load and ERail trolleys from exiting the rail. 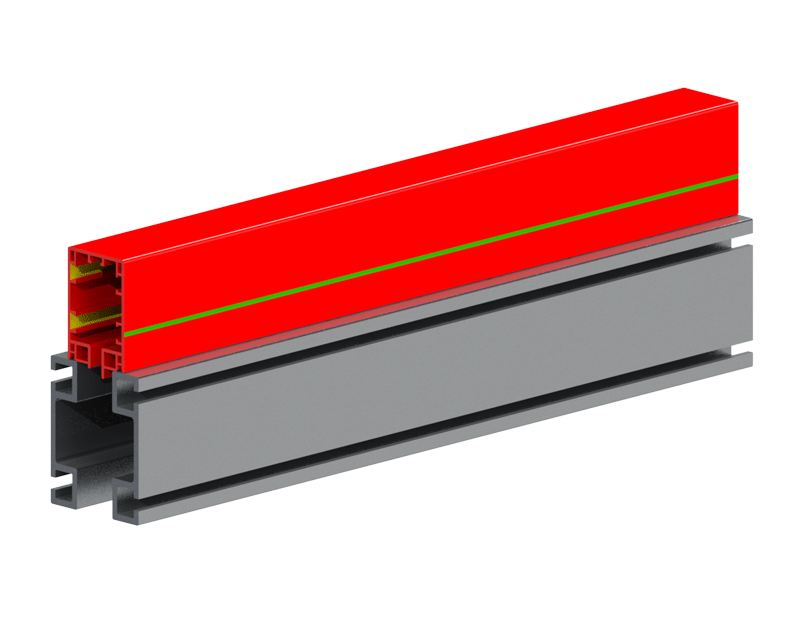 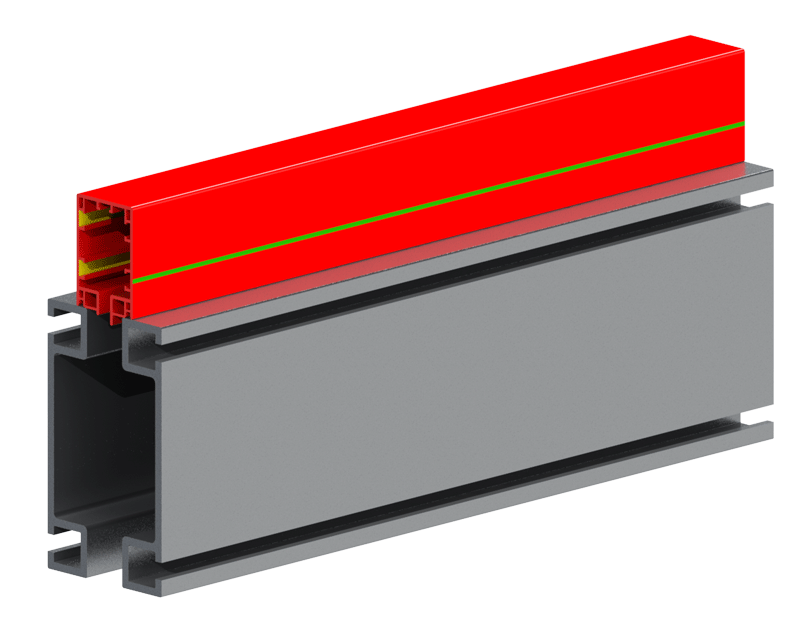